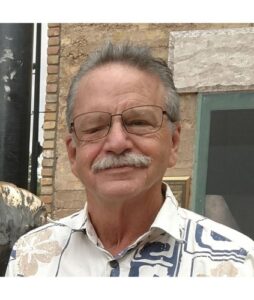 Dan started life in Kansas City, Mo, on August 11, 1955. He then moved to the Pheonix, AZ area, where he lived with his grandmother, whom he called Mom. Dan later moved to Utah with his parents, where he graduated from Lehi High School.

Dan joined the US Marine Corps, where he worked as a sharpshooter and Crew Chief for Amphibious Landing Vehicles. He was proud to have served his Country. Dan spent his working years employed at ATK Thiokol, trucking for Ray Bethers in SLC, and later a federal employee at ATK, then Raytheon in Tucson, AZ.

Dan married Lori Mathews on May 22, 1976. Dan and Lori enjoyed motorcycle trips on the Harley and many other fun vacations together.

In lieu of flowers, make a memory with your loved ones. Tell us what you did at dansremembrance@gmail.com or drop us a note.