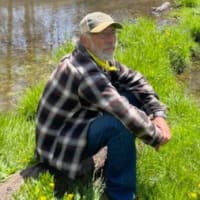 Thursday, June 9, 2022, we received a clear reminder on the fragility of life. The weekend prior, we were enjoying the outdoors and our family, how could we have known that Sunday would be the last time we saw him, the last time we talked? Please take a moment and show your loved ones their importance to you. Reach out, spend time together. Life is, indeed, too short.

He is preceded in death by his parents, and his siblings, Jay Clark-Perry, UT, Ronald “Ronnie” Clark-Murray, UT, and Carolyn Clark- Corrine, UT.

Dallas is survived by his high school sweetheart, and wife of 44 years, Tamera “Tami” Jean Clark Anderson, of Bear River City, UT, his children Krystal Whitaker (Peter), Eldon Clark (Zandra), and Abby Talcott (Bret), and in every way it counts, his red-headed, bonus daughter, Jessica “Jessie” Southern. His brother, Lyle Clark- Corrine, UT. His grandchildren, Mariah (Bryce), Maison, Spencer, Jenica, Shelby, Landon, Jazzy, Junie, Ezra, Millie, and Vinny. Great grandchildren, Ellie, Eli and Quentin. Last and certainly not least, their little heroic dog, Daisy, that stayed by his side for, what we assume, was 24-36 hours, loyally awaiting help, after a tragic accidental fall, in his garage at home.

We wish to thank our cousin, Ashley Loghry, for her assistance and support during this difficult situation as well.

Dallas grew up in Corrine, UT, went to Box Elder High School. He met and married Tami, in 1978, had their first daughter, Krystal, and moved to the city. They built a home in the mid-1980s in West Valley, where they raised their 3 children. They had property up north, in Deweyville for many years, waiting to be able to move to Deweyville fully, during which time, him and Tami build their dream home together, with their kids and grandkids.

To anyone that knew him, he loved music, and had a constant stream of it going 24-7, with over 12,000 songs on one I pod alone. Rock and roll was his favorite, and he was part of a band in his younger years. He loved his family and watching them grow, and grown they have, adding great-grandson #3 the week before his birthday this past November. He loved traveling and antique shopping and collecting with Tami, and they had many trips, and experiences throughout their 44 years together. He loved being outdoors, boating, fishing and riding ATVs, camping and bullshitting, with a cold beer in hand, around a fire, or in his garage. He was a state champion trap-shooter & an amazing gardener. He loved motor-cross and the time it provided him with his son, Eldon. He was a man that knew something about everything, HE was Google before it was a thing, you could ask him anything, except to have one of his beers! He loved maps and was a navigational wiz, leading the way on numerous adventures, and remembered details of all the places he had been. He loved his home and property in Deweyville, and had moved there, full time near the end of 2020, when he retired from Intermountain Healthcare, after 43 years of service, in Clinical Engineering, in various hospitals and clinics in the Salt Lake Valley.

Dallas was they guy everyone liked to hang out with, he was near and dear to so many people. He had a special bond with his sister-in-law, Julie, Tami’s parents, Bob and Rose Anderson of Bear River, brothers-in-law, and many cousins and friends. He was proud of his kids, and despite not wanting to give them lunch money, or a rides to school when they missed the bus, he always did. Rest easy, you will be missed, in so many little and big ways, watch over us and keep us safe.

In true Dallas fashion, we will be having an open-house style send-off for him, with food, beer and music, Saturday, June 18, 2022 at the place he loved, his home and property in Deweyville, Utah. The family thanks everyone for their kind words, prayers and support. One day at a time, we love you all.

Cremation under the direction of Gillies Funeral Chapel.