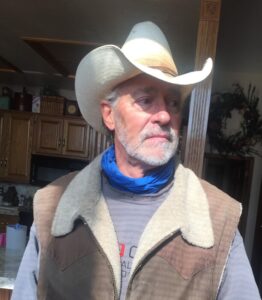 Craig Dean Pixton passed away Sunday, August 8, 2021, at home with family by his side.

Craig was born July 10, 1949, in Salt Lake City, UT, to Richard and Dorothy Pixton. He lived in multiple places as a child, including Clearfield and Brigham City, UT. Craig had three brothers and two sisters.

Craig graduated from Box Elder High School in 1967, where he played basketball, and was on the track and swim teams. After graduating, he went on an LDS mission to Ireland. After he returned from his mission he married the love of his life, Linda Lee Young. They married in the Logan LDS Temple on November 18, 1971, and were blessed with nine children. Craig lost his soulmate in February 2011.

Craig had three great loves: God, his family, and his horses. He had a thirst for knowledge. You could find him constantly studying anything from religion and horses to nutrition. Craig was lucky to find love again in 2019 when he met Linda Hartman. They enjoyed playing pickleball, studying, and spending time together.

He was preceded in death by his parents, Richard and Dorothy; his wife Linda, and a great-grandson.

The family would like to give a special thanks to his Hospice nurse, Karl, for helping take care of Craig in the end. Karl, you are an angel.

Online Condolences may be expressed at www.myers-mortuary.com.