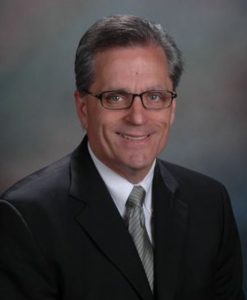 Clifford Neil Grover, 70, of North Logan, and long-time resident of River Heights, passed away June 11, 2022 surrounded by family after a dignified battle with pancreatic cancer. Cliff was born June 10, 1952 in Westwood, company town in Northern California. His birth took place in a small, wood frame hospital. He is the third of five children of Sylvan Tout and Amy Donaldson Grover. When he was six, his family moved to Redlands, in Southern California, where he grew up playing with his friends in the orange groves. At night, he and Sylvan listened to Vin Scully call Dodger games. He graduated from Redlands High School in 1970.

Following high school, he served in the Florida South LDS Mission from 1971-73.  “When they finally dropped me off at the Mission Home to say goodbye, Dad was in tears and Mom was happy.” He enjoyed seeing lives change as people embraced the Restored Gospel. Upon return, he attended college in Provo.

In January 1976, his father passed away from cancer. He dropped out of school to help provide financial support to his mother. “It put more responsibility on me, with [my] Mom and helping her.” Cliff always put his family before himself. He followed his older brother Keith to Logan for construction work, where he fell in love with Cache Valley.

In 1979, he met Mary Ann Mickelson in a singles ward at the Logan Institute. She had recently returned from a mission to Italy. “I was just head over heels, I was crazy about her.” Cliff loved that Mary Ann was intelligent, well-read, a returned missionary and a musician. “I felt prompted to ask her [to marry me], so I did.” Cliff and Mary Ann were sealed in the Logan Temple on October 12, 1979.  “It turned out really great, some things just feel right.” “She has high values. I wanted to accomplish something in life and I thought she did too.” They have.

Cliff was determined to obtain his college degree. While in school, he and Mary Ann had two young children, extremely limited financial resources and other challenges. “You just had to do what you had to do in order to get ahead.” He graduated from Utah State University with an accounting degree in 1983. Cliff was the first member of his family, in any generation, to attend and graduate from college. He passed the Certified Public Accountant exam on his first attempt. He was also a Certified Fraud Examiner.

Cliff was a life-long member of the Church of Jesus Christ of Latter-day Saints. He valued his Mormon pioneer heritage. Of the many callings he held, he most enjoyed serving as finance clerk and primary teacher.  His faith was pragmatic and immovable, drawn from the deep well of his conscience, and yet obsequious to no mortal or institution. He believed in prayer. He declared his testimony through his works, in the way he took care his family, friends and clients.

Cliff was an accomplished professional and businessman. He was a corporate officer and controller for Logan Coach in the 90’s, where he helped lead the company. There, he participated in the development and marketing of the Silver Eagle Motorcycle Trailer, which remains in production today.  He owned and operated Guido’s Cycle & Sport. For over the past twenty years, he was a principal in the accounting firm Grover & Canfield, where he practiced accounting with his good friend Ken Canfield. Cliff loved his clients. His clients sought and valued his counsel in all aspects of their lives. “Once you delve into a person’s personal and financial positions, everything else is easy to talk about.” He expressed faith in them and kept their confidences. In recent years, he was also Finance Director for River Heights City, a role he immensely enjoyed. Cliff retired in 2021. “The rewarding side is the people side and that’s the side I miss the most.” “I built relationships. They are not just clients, they are good friends.”

Cliff loved to make one-on-one time for his young children, such as trips to the Blue Bird soda fountain. He took the family camping all around Cache Valley, Bear Lake and Jackson Hole. Each spring, Cliff lovingly teased his children about “the chumps” (Utah Jazz) choking yet again.

Cliff was a beacon to his children. Marie: “Dad always believed that I could accomplish whatever I decided to attempt. He never worried when it didn’t happen right away.” Thomas: “When I face difficult or challenging situations, there is nobody whose opinion I value more than Dad’s.” Scott Clifford: “Dad was my standing lunch appointment about every day. We covered a lot of life over a lunch table.” Michael Neil: “I remember playing on Windsor Drive as a kid and hearing dad’s old ’79 Chevy from blocks away and then racing him home from the bottom of the street on my bike. I never stopped getting excited to see my dad.” Kathryn: “No one gave better career and life advice than Dad. He would take situations that appear overwhelming and provide clarity for the best direction.”

With grandkids, Cliff was given an opportunity to revive his repertoire of terrible Dad jokes for a new audience. Cliff was an exceptional grandpa. He loved to take his grandkids to the top of Mount Logan in his Jeep, to make chocolate chip cookies with them and could even have his arm twisted into playing video games. All his grandkids gravitated towards him from an early age, and loved to be with him and sit in his lap.

Cliff loved patriotism, Far Side cartoons, the Beach Boys, games at Dodger Stadium with his sons, acting as pit-master for Sunday afternoon family barbecues, and shooting guns up in the mountains. Judge Judy was one of his guilty pleasures. Neighbors on Windsor Drive still suffer the lingering effects of PTSD from the illegal, Wyoming-grade fireworks he detonated over the years.

Less than three months ago, Cliff was diagnosed with stage four pancreatic cancer. At virtually every step of the process, medically, things went as bad or nearly as bad as they could have. He had great cause to complain, or at least feel sorry for himself. True to the man he was, he never did.  In fact, as his body emitted excruciating pain, the only thing he worried about was how this process affected his family.  “How are you doing? Are you ok?” To the very last moments of his life, Cliff put his family first.  “There is no fear in love but perfect love casteth out fear: because fear hath torment. He that feareth is not made perfect in love.” 1 John 4:18. Cliff lived a life of perfect love that left no one to reconcile with, no “I love you” unsaid, no gratitude unspoken and no admiration held back. He used his last words to express how proud he was of his five children.

Cliff is preceded in death by his parents, sister-in-law Elaine Grover and brother-in-law Dale Bell.

Funeral services will be at 1:00 PM Saturday.

In lieu of flowers, Cliff’s family asks donations be made in his name to the Humanitarian Fund of the Church of Jesus Christ of Latter-day Saints.