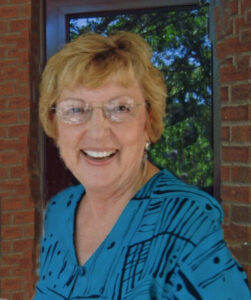 Clarice Williams passed away peacefully on Saturday, May 21, 2022. She was born on July 25, 1936, to James Albert and Lillian Pass Sellers in Rock Springs, WY.

She married Robert Williams on February 16, 1956, in Rock Springs, WY. They were married for 66 wonderful years. To this union, they added a daughter and son.

Early in life, Clarice worked as a medical assistant, and raised her family. She was involved with The Heart Foundation and the Civic Improvement Committee.

Her three main passions were: family, bridge, and gardening. She enjoyed the outdoors, often spending time snowmobiling, skiing, camping, and backpacking. She raised two children and was an amazing wife, mother, and grandmother. She had a great sense of humor and her unique zest for life will be dearly missed.

She was preceded in death by her parents.

The Celebration of Life will be held at a later date to be announced.