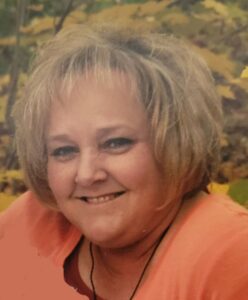 Christine Lorraine Ratliff Brazelton, 59, of Brigham City, passed away peacefully at home in the early hours on Wednesday, August 4, 2021.

Tina was the second of four daughters, born to Jerry Don Ratliff and Ruby Elaine Klenner on July 2, 1962 in Phoenix, Arizona. Tina graduated from Independence high school in 1980. On April 10, 1981, Tina was married and sealed to the love and project of her life, Frank Wyatt Brazelton in the Mesa Arizona Temple and soon after, moved to Utah where their adventure began.

Tina was a member of the Church of Jesus Christ of Latter-day Saints, Brigham City 24th Ward where she diligently served in various ward and stake callings in the church. She spent countless hours helping others in their times of need which allowed her to learn and grow with many people forging lifelong friendships.

Tina served, and worked, as a school cook in the Box Elder School District for over 20 years. She loved all that she came in contact with and many students have countless stories of her in this position.

Tina was first and foremost a loving wife, mother, grandmother, sister, and a great friend to many. She was a very caring person and routinely went out of her way to help, listen and serve those around her.

Click this link to view additional details about Christine’s Services, including any available live streams: https://my.gather.app/remember/christine-l-brazelton