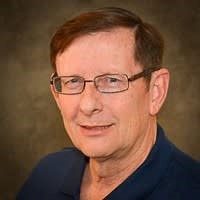 It is with heavy hearts and warm memories that we announce the sudden death of Charles James Skidmore (Chad), beloved husband, father, grandfather, brother, friend, and neighbor. Chad was born to Anna Jean Bullock and Charles Jay Skidmore on July 30, 1951 in Logan, UT. He was the second of five children, and the oldest son. He lived an active life filled with purpose, intention, and kindness. He enjoyed a happy childhood in Logan spending his days with friends on the ski slopes, at the tennis courts, on the golf course, fishing and recreating in Logan’s First Dam, hunting, and playing the trumpet. He excelled at all he did, and kept himself busy, always putting forth his best efforts.

After graduating from Logan High School in 1969, he served a two-year mission in Japan for the Church of Jesus Christ of Latter-day Saints, and developed a love for the people he served. After returning to the United States, he enrolled in the U.S. Air Force ROTC at Utah State University while pursuing his degree in business administration. Upon his graduation in 1975 he received his commission as a second lieutenant in the U.S. Air Force, which took him on a twenty-plus year adventure in the U.S. Air Force and U.S. Army. Those college years shaped his life immensely as he would remain a great patriot and avid Utah State Aggies fan for the duration of his life. It is also during this time at Utah State that he was introduced to his future wife Connie V. Allen. They were married in the Ogden Temple, and enjoyed 47 years of marriage filled with laughter and love, as they uniquely complemented each other’s personalities, always unified by their faith and love for family.

Following college he served in the active-duty military for five years. While stationed at Edwards Air Force Base, Chad earned a Masters in Business Administration from Golden Gate University. After completing his active duty service, he returned to his beloved Utah State University to pursue a second bachelor’s degree in accounting. After completion of his degrees he moved into the private sector to begin a lifelong career in Healthcare Supply Chain Management at various clinics and hospitals including Holy Cross Hospital, Sierra Health Services, Loma Linda Medical Center, and UMC. His drive for excellence, superb people skills, and passion for saving money propelled him to leadership roles, all the while continuing to serve the country he loved, and ultimately retiring as a lieutenant colonel in the U.S. Air Force Reserves.

Together Chad and Connie had five children. Their home was always open to share a meal, conversations, and laughter with others. He was a devoted husband and wonderful father. His children are fond of the memory of taking ski trips to Utah each year, and the homemade egg salad sandwiches he always packed for them. Although his Las Vegas desert dwelling children could not keep up with his expert ski skills on the slopes, many memories were made. His competitive streak shined with his love of playing tennis with his children, or anybody who would participate. Sometimes these looked more like death matches than tennis matches, but he always persisted with a determination to win.

He was proud of his service, career, and family, but what made him truly special was his unique one-of-a-kind personality that left everyone feeling happy and cared for. He pursued the things he loved, both the extraordinary and mundane, with unmatched vigor, determination, and enthusiasm. Whether he was playing tennis, riding his bike, refinancing a home loan, researching new tires, or tackling a home improvement project he gave it everything he had. His intensity and attention to detail was perfectly balanced by his sense of humor, patience, and tender loving heart. His spirit was unbreakable, and his outlook was always positive. He loved his family, friends, and neighbors fervently, and never missed a chance to help or serve others. He frequently joked with his children and grandchildren, and often told them how special and loved they were. He had unfaltering faith, and a deep testimony of Jesus Christ that guided him throughout his life.

He was preceded in death by his parents Charles Jay and Anna Jean Skidmore, and by his sisters Sally Pando and Jill McGough.

We invite all who wish to attend a celebration of a life well lived to join us for services on Friday, November 12, 2021 at the Church of Jesus Christ of Latter-day Saints chapel at 5072 W. Roaring Road, South Jordan, UT 84009. Visitation will begin at 9:00 am and a service to follow at 10:00 a.m.

The celebration of life can also be viewed on the Jenkins-Soffe mortuary website. Please visit https://jenkins-soffe.com/obituaries/. Look for Chad’s name and photo and click on the viewing link.