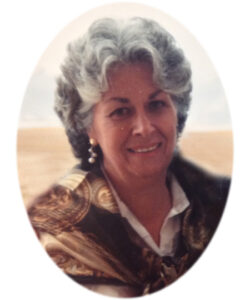 Carol L. Hymas of St. Helens, Oregon, went home to her Lord as she was surrounded by family and friends on the evening of November 15, 2021 at the age of 79. Born to Dewey and Minnie Brooks (Mann) on December 13, 1941 in Seattle, Washington. Carol was raised in St. Helens, Oregon, the youngest of nine children. After completing high school, Carol married George D. Stirling Sr., raising five sons and one daughter during a 22 year marriage.

She was a nurse’s aide at St. Benedict Hospital in Parkston, South Dakota for many years. After praying to the Lord, Carol made the move from Parkston to Montpelier in 1984 where she me the love of her life, marrying Charles H. Hymas, where she resided for the next 30 years. Together, they ministered to many, the wonderful joy they had living in the word of God and their savior Jesus Christ. They lived life in love until Chuck passed in 2004.

Carol had a passion for baking, music, singing and the outdoors. She enjoyed the extended conversations she had with all she met. She reveled in her adventures in the mountains of Idaho with Chuck. Her and Chuck worked together as custodians of A.J. Winters elementary school in Montpelier, Idaho. While she was a woman of simple and basic means, she always found ways to help anyone in need. Often opening her door to strangers that needed help. Carol moved to Denham Springs, Louisiana to live the remainder of her years with family.

Carol will be laid to rest in Montpelier cemetery alongside her husband Chuck.