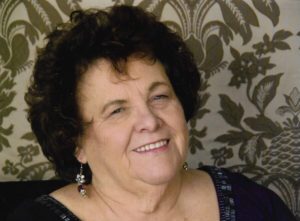 Carol Jean Binnall was born on June 28, 1937 to Merrill Myron and Kobina Cottam Binnall in Salt Lake City, Utah. She was the oldest of 4 children.

In 1953 she married Rodney “Rod” Scott. They had 3 children: Rodney Michael, Jeffery Lynn and Susan Kay. In 1965 Carol and Rod divorced. That same year she married Robert Larsen and they had 1 child, Craig M. In 1969, she and Robert divorced and in 1971 she remarried Rod but divorced again in 1976. She would have one more short-lived marriage to Dennis Docksteader in 1981. Carol was happiest when she was independent, single, and living her life by her rules following “The Wayward Wind.”

Carol had several jobs over the course of her life and returned to school to get an Associate Degree from Utah Technical College in graphic art. In 1978 she completed secretary training at Idaho State University Vocational-Technology program. Through this training she got a job at ISU as a secretary in the English and Philosophy Department. Carol worked there until 2003 when she retired. She guided many ISU students through their academic career during the 25 years she worked at the University.

Carol was an avid reader and a long-standing member of the “The Unbook Club”, even her book club didn’t follow anyone’s rules. When not with her family or her book club, she could be found at the “local pub” socializing or she would be shopping. Carol was often found helping friends and family in need, she was the rock that many found during the storm.

Condolences and memories may be shared with the family at Colonial Funeral Home.