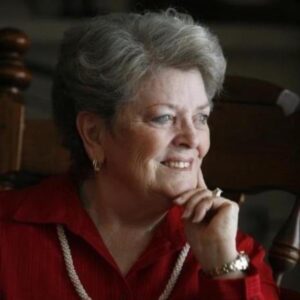 Loving Wife, Mother, Grandma, Great Grandma, Sister, Aunt and Friend to All went home to our Heavenly Father the morning of January 6th, 2022.

Carol met the love of her life Bart while she was a sophomore at Inglewood High school in Southern California.

She graduated on a Friday and married the man of her dreams the following Friday June 24,1960. Carol was always proud she was the one that always received the award for being married the longest at most of her High school reunions.

Carol and Bart put down roots in Inglewood California then moved to Irvine CA where they raised their 4 loving children 3 girls and 1 boy. Carol began her married life as a stay-at-home mom but that only lasted 14 years. She held many positions at Whiteworth Pharmaceuticals & Trisar until she found her dream job working at Cal West Designs where she was the head of HR and general Mom to all.

After Carol & Barts retirement the two moved from Irvine CA to Logan Utah where they settled into the beautiful valley Carol called “God’s Country”.

Carol and Bart traveled the world but her favorite place above all was Hawaii.

One of Carols’ granddaughters described Carol in 5 sentences.

She was kind: A friend to everyone she met. We hope to have her loving nature.

She was brave: Surviving cancer and coming back stronger each time. We hope to have her determined spirit.

She was funny: She could make you pee your pants laughing. We hope to have her positive attitude.

She was fierce: She had a sass about her that nobody could match. We hope to carry that fire.

Most of all: She was pure MAGIC. Her hug could turn your whole day around. We ALL wish we could hug her now.

A Joyous Celebration of Carols’ life will be held in the spring when all can attend.