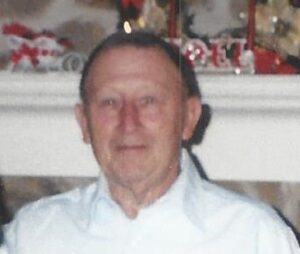 Carl E. Reichard passed away peacefully surrounded by his family at the Brigham City hospital on October 18, 2021.

He was born to Jennie (nee Nye) and Claude Reichard on February 25, 1932, in Lebanon, PA. He graduated from Lebanon High and served in the Air Force during the Korean conflict. After returning home he began working at Olmsted Air Force Base in Middletown, PA. He worked for the U.S. Airforce as a Civil Servant throughout his life until retiring.

Carl loved his family and life. He enjoyed to hunt, fish, and camp. He spent many a day camping near Bear Lake in Idaho and spending time with family at their cabin. He was active in the community helping others. He was a member of the Rocky Mountain Bible Church in Brigham City. Carl spent many an afternoon with Meals-On-Wheels delivering meals to others in need.

A celebration of life will be held at a later date.

Online condolences may be expressed at www.myers-mortuary.com.