CACHE COUNTY – “I think it’s no surprise that this is the worst water year in anyone’s memory,” according to Nathan Daugs, manager of the Cache Water District.

In a quick update on local drought conditions delivered to members of the Cache County Council on Tuesday, Daugs estimated that the current shortage of water won’t badly affect the cities in Cache Valley.

But local agriculture will be impacted “in a big way,” he added.

Like the rest of Utah, Cache Valley is in the midst of a record-breaking drought.

Despite some rain in recent days and lower than predicted temperatures, officials in Salt Lake City report that drought conditions around the state continue to worsen.

Hydrologists say that scattered rainfall did help to slightly moisten the soil in some areas. 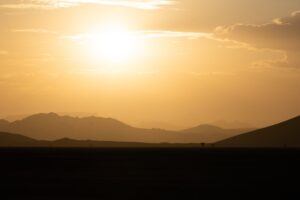 But streamflow has continued to decline across the state. Of Utah’s 96 streams and rivers, 71 are now flowing at below normal levels and seven of those are flowing at the lowest levels ever recorded.

That’s the problem here in Cache Valley, where much of the water that supports agricultural comes from the Logan River.

“We had to…decide how the water would be allocated over the next few weeks until there’s essentially no water left to divert,” he explained.

When that happens, Daugs said, “a number of canal companies are going to be shut off by either Aug. 10 or Aug. 15.”

At that point, a farmer who planted corn this year will have no option but to harvest his or her crop two weeks after its last watering, whether the stalks are fully mature or not.

“A third crop of alfalfa will be non-existent in some fields and really poor in others,” Daugs also predicted. “The only upside there is that alfalfa is going to be worth anywhere from three to five hundred dollars a cut, depending on who you talk to.”

“The real question is whether this is going to be the first of a couple dry years,” Daugs told the county council members. “If you look at history, a dry year is normally followed by a record wet period in a year or two, so things balance out to normal.

“But if our springs and rivers continue to dry up and we have another dry year in 2022, nobody knows what we’ll do.”

“There’s just no back-up plan for Cache Valley,”  he added. “We’ve got to just keep praying for rain.”

The long-term solution to local water issues, Dougs argued, is “opening people’s eyes to the fact that we need to do big water projects in this valley.”

Unlike water providers along the Wasatch Front, most of whom have multiple reservoirs to rely on, Cache Valley depends primarily on wells, springs, rivers and canals for its water supply.

Daughs said that the creation of even small reservoirs in the valley could go a long way toward resolving that problem.

Until that happens, local water managers are trying to serve growing communities and agricultural needs using a water system that was designed by pioneers 150 years ago.