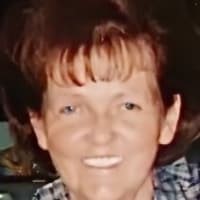 Barbara Christensen Worwood, 78, passed away peacefully on Friday, May 27. Barbara was born on May 10, 1944, in Brigham City, Utah, to Dean H. and Helen Nelson Christensen. She attended Box Elder High School where she met her beloved eternal companion, Garry Worwood. He preceded her in death in 2006. Barbara was a member of the Church of Jesus Christ of Latter-day Saints where she served in many callings and maintained a lifelong faith and joy in the gospel.

Alongside her husband, she enjoyed farming, growing peaches, and raising cattle. After Garry’s corporate retirement, they ran an independent trucking business as team drivers. Barbara was small in stature, but strong in work ethic, and drove tractors, other large farm equipment and semi-trucks. She also enjoyed quilting, canning, cooking, and genealogy.

Family and friends were near and dear to her heart, and she and Garry generously shared their home and land for large gatherings. On Thanksgiving Day, it was guaranteed you’d find many dozens of relatives and friends, and even more pies! Countless pies were a tradition gained from her late mother-in-law. The annual Easter picnic was a decades long family tradition hosted by the Worwood’s at “The Bend,” their farm along the Bear River, where generations of children, grandchildren, nieces and nephews learned to fish, shoot, hunt, drive, and farm. During later years, the annual event was hosted at their Honeyville home. The Easter tradition continued even after her declining health. She was able to attend the large family gathering just a few weeks before her passing. It was a priceless gift to celebrate with the family matriarch.

Barbara also enjoyed the beauty of the open road. When Garry became ill, they spent more time traveling and enjoying one precious day at a time, wherever the road took them. That mindset of cherishing spontaneous moments and memories continued, as she took countless road trips with her family, visiting the majority of the U.S. states in their motor home.

She was preceded in death by her parents, one sister, Ailine Ostberg, one brother, DJ Christensen, her husband, Garry, three daughters; Mary, Laurie, and Amy, and her son, Bill.

The family would like to give a heartfelt thank you to the wonderful staff at Maple Springs. Despite the difficult circumstances of working through a pandemic, there were many dedicated and caring staff who went the extra mile to make life sunnier for Barbara, and she deeply appreciated their care.

Funeral services will be held Friday June 3, at the Brigham City North Stake Center, 620 North 300 East, Brigham City, Utah at Noon, with a viewing prior to the services from 10-11:30am.

Interment will be in the Calls Fort Cemetery.

Click this link to view additional details about Barbara’s Services, including any available live streams: https://my.gather.app/remember/barbara-worwood